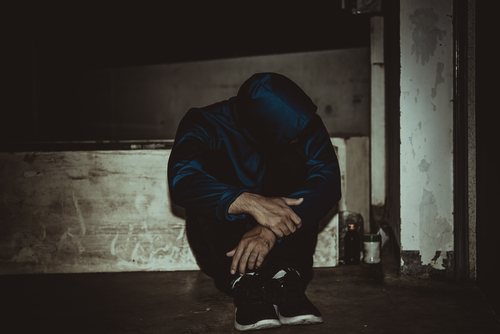 Blackouts were once associated with alcoholism but can happen when a person drinks a lot of alcohol too fast. Blackouts can cause long-term damage. High levels of alcohol impair the part of the brain that forms new memories. A blackout is characterized by amnesia during intoxication. A person does not forget what happened when he or she has a blackout because the memories never existed in the first place.

When a person passes out, he or she loses consciousness and cannot wake up. Alcohol-poisoning can cause a person to pass out or blackout. Passing out and blackouts result in negative consequences, but blackouts cause long-term damage.

Not everyone who drinks rapidly and excessively will have a blackout. Some people are more susceptible to alcohol-induced memory impairment. Many people with alcoholism experience blackouts in the early part of addiction. Alcohol poisoning and blackouts are very harmful and lead to serious mental and physical impairment.

If a person experiences a blackout once, he or she is at risk of having more blackouts. Most people who consume large amounts of alcohol will develop memory problems and brain damage. A person can have a genetic predisposition to blackouts. His or her family members might have trouble with alcohol or alcoholism.

During a blackout, the memory storage process shuts down. Blackouts are caused by a chemical disruption in the brain’s hippocampus, which is where memories are developed. Alcohol interferes with the receptors that carry signals to that part of the brain and disrupts the memory-making process.

A person who experiences a blackout can still have the ability to maintain language and motor skills, but his or her brain loses the capability to form new memories. According to the National Institute on Alcohol Abuse and Alcoholism (2004), “Heavy drinking may have extensive and far-reaching effects on the brain, ranging from simple “slips” in memory to permanent and debilitating conditions that require lifetime custodial care.”

Blackouts are dangerous because when a person is drunk, he or she is at risk of making poor decisions such as driving or having unprotected sex. Over time, drinking alcohol can damage vital organs. Excessive drinking can cause liver failure, a heart attack, and severe brain damage or even an early death.

If you or a loved one struggles with addiction, get help now. Nexus Recovery Services specializes in addiction treatment and encompasses holistic therapy for the mind, body, and soul with a focus on staying active and connected to nature. Our mission is to provide tools and support for every client’s seamless transition into a meaningful and fulfilling life of sobriety. We offer a free and confidential consultation. Call us to get started: 310-881-9151