How Fake Xanax Laced with Fentanyl is Becoming a Major Problem 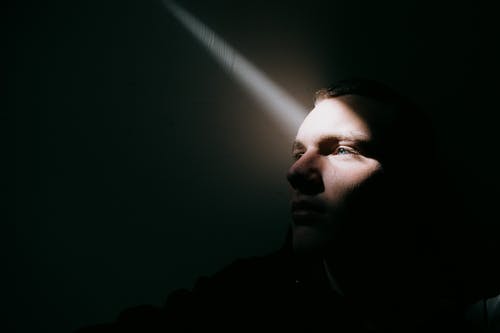 Xanax is one of the most popularly prescribed medications in the United States. It is a benzodiazepine, a type of drug used to treat anxiety and panic disorders. When taken as prescribed, the medication is safe and effective at promoting calmness and relaxation. Because of its effects, Xanax is also popularly misused because it is fast-acting and can create a high.

Use and Side Effects of Xanax

Xanax is used to treat generalized anxiety disorders and panic disorders. It is typically available in tablet form or as a concentrated liquid solution. The dosage administered can gradually change over time until the medication is effective for the person taking it. It is possible to experience withdrawal symptoms if usage suddenly stops, especially if the medication is taken regularly or over a long period of time.

Anxiety disorders are characterized by a number of symptoms that persist for 6 months or longer. People who display several of the following symptoms for long periods of time may be diagnosed with an anxiety disorder:

Panic disorders are also treated with Xanax. They are generally characterized by experiences of panic attacks which are short periods of time in which a person feels intense fear or discomfort. Panic attacks are often diagnosed by the presence of several of the following symptoms:

While Xanax is highly effective when taken as prescribed, it is not without its own set of side effects. There are a number of side effects that can range in severity. Some of these include:

Prescription drug abuse is on the rise and Xanax is one of the most commonly misused substances. Even those with a prescription for the medication misuse it whether or intentional or not. There is a common misconception that prescribed medications are safer because they are provided by a doctor, but this belief has only further fueled the epidemic of addiction. Many people turn to benzodiazepines to self-medicate for symptoms of anxiety and it is not uncommon to find that people may share their prescriptions with others.

One of the most dangerous aspects of misuse of prescription drugs is mixing it with other substances. While sometimes a person may intentionally mix substances to achieve a greater high, some people unknowingly ingest a dangerous mixture of drugs. Fake Xanax pills cut with Fentanyl, a synthetic opioid, look very similar to prescription Xanax, but it is infinitely more dangerous. Fentanyl is a cheap synthetic opioid that is 100 times more potent than morphine. Like morphine, fentanyl is used to treat severe pain, especially following surgery, but it may also be used to treat chronic pain. Fentanyl, while effective, is one of the most common drugs associated with overdose deaths. This is largely due to the potency of the drug, the ease in which addiction develops, and the severity of withdrawal symptoms experienced when use stops.

The fentanyl found in Xanax-laced pills is often produced in a lab and sold illegally. Its growing popularity is due to the fact that a small amount of fentanyl can produce a high, making it a cheaper method to produce illegal drugs. Fentanyl works by affecting areas of the brain responsible for responding to pain and emotions. On its own, the potency of the drug can be incredibly dangerous, but mixed with other substances like Xanax, the risk for overdose is exponentially higher. Overdose from this combination can lead to heart attacks, heart failure, and a dangerous decrease in respiratory or nervous system functions.

Largely due to the overprescribing of medications, the ease of access to prescription drugs has caused rates of addiction to skyrocket. Prescription drugs, even when taken as prescribed by the person it is intended for, can cause dependencies to develop that are difficult to break. Many people who struggle with increased tolerance and dependencies that can cause withdrawal symptoms should use decrease or stop. It is not uncommon for people to express needing these medications in order to feel “normal” because of this.

Stopping the use of prescription drugs can be difficult due to the nature of withdrawal symptoms making professional treatment vital. Because many people who ingest Xanax laced with Fentanyl are not aware that they are doing so, there may be other aspects of treatment that unknowingly need to be addressed. Xanax is used to treat anxiety and panic disorders and various forms of therapy can be used to address symptoms without the use of medications.

These approaches to treatment can be effective in addressing dependencies on Fentanyl as well. Nexus Recovery Services is here to help people develop healthy coping mechanisms and change their attitudes as well as behaviors in relation to substances. If you or someone you know is struggling with a Xander or Fentanyl addiction, contact us today.