Is Taking Antidepressants a Good Idea for Me? 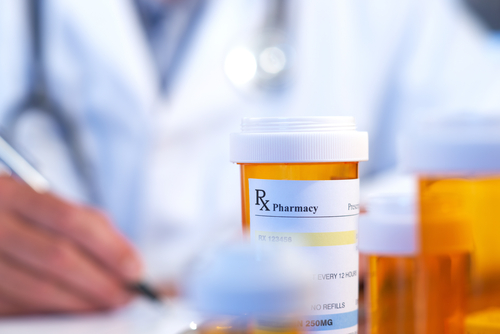 The use of antidepressants has become increasingly more common in recent years. Antidepressants can be used to treat a variety of mental health disorders including depression, anxiety, seasonal affective disorder, social anxiety disorders, and other conditions. These medications work by correcting imbalances in the brain.

When treating addiction, the use of medication can be a difficult topic to explore. On one hand, medications can be incredibly beneficial to someone’s recovery, especially in cases where a co-occurring disorder is present. On the other hand, many feel anxiety or fear about taking medications because there can be apprehension about developing dependencies on another substance. While both viewpoints are valid in their own way, use of antidepressants in treatment is a highly individual choice and should be considered if it can make a substantial difference in the quality of a person’s recovery. It is always important to consult with your doctor if you are struggling with mental health disorders in order to determine the best course of action.

As is the case with any medication, there are potential side effects that may occur with use of antidepressants. Some symptoms are common while others are less frequently experienced. Any symptom that produces severe discomfort or concern should be addressed immediately with a doctor.

The five types of antidepressants are:

Antidepressants may take several weeks before the individual begins to notice the effects. Unlike most medications, a person does not need to keep increasing the dosage over time in order to achieve the same effects. In most cases, a person who stops taking antidepressants will not experience withdrawal symptoms. In cases where withdrawal symptoms present themselves, they are mild, and include symptoms such as anxiety, dizziness, abdominal pain, vivid dreams, and flu-like symptoms.

Many in addiction treatment may hesitate to introduce additional medications into their system in fear of developing a dependency. Fortunately, antidepressants are generally not addictive and a person can stop using them once they start feeling better. Because substance abuse affects the way the brain produces chemicals and reacts to stimuli, antidepressants can be incredibly effective at restoring balance and normal functioning.

Adding medications to a person’s treatment plan is a highly individual decision and a person’s unique needs should be considered before moving forward. Antidepressants and other medications can be instrumental in helping to manage the recovery process and can improve mental health. Utilizing any number of resources and tools to improve the recovery experience and treatment outcomes can be transformative and help a person overcome some of the most difficult aspects of recovery.