Signs Your Loved One is a High-Functioning Alcoholic 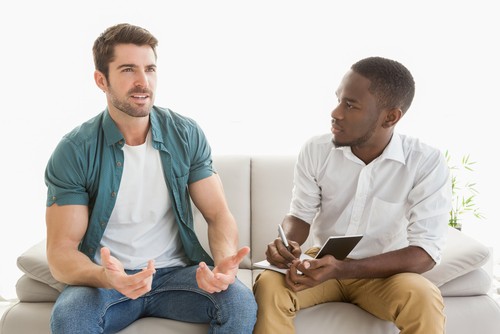 Not everyone who abuses alcohol is incapable of functioning in society. In fact, a high-functioning alcoholic can be the complete opposite, appearing normal, sober, and able to achieve success. In a way, it is almost as if they have a hidden identity. On the surface, they may appear to have it all together, but in reality, they are consuming copious amounts of alcohol on a regular basis. In many cases, family and friends have no idea a problem is looming until an alcohol-related incident occurs. They may appear to be social drinkers but they are drinking far more than other may realize. They may even be experiencing blackouts.

Alcoholism can affect anyone regardless of their age, race, or socioeconomic status. Because alcohol consumption is normalized and part of countless social outings, spotting a person who is a high-functioning alcoholic can be especially difficult. They may be someone who has numerous achievements and by all accounts, seems well-off. Part of a high-functioning alcoholic’s disguise is the ability to appear as though they have a normal, successful life. Despite any achievements they may have or appearances of normalcy, alcoholism is still a disease that looms over them and they are often in denial about the problem.

Identifying Alcohol Abuse: Signs Your Loved One May Be a High-Functioning Alcoholic

A high-functioning alcoholic may exhibit some of these signs or they may manage to conceal them. Because they appear to be fully functioning in other areas of life, it can be difficult to tell when alcohol consumption becomes problematic. Some of the following behaviors may indicate that a person consumes alcohol problematically:

High-functioning alcoholics are often able to carry on for a long time because they, like those around them, are in denial about the problem. Maintaining a job, paying for bills, having healthy relationships, and other successes are often used as a way to minimize the impact alcohol has on a person’s life. Many assume that a person cannot be successful and struggle with addiction at the same time. Societal stereotypes about what constitutes an alcoholic makes it easy for high-functioning alcoholics to justify their behaviors.

Even if their life does not appear to be negatively impacted by copious alcohol consumption, high-functioning alcoholics still put themselves and those around them in danger. They may still drive under the influence, engage in risky behavior, damage relationships, or experience a plethora of health issues related to alcohol abuse. While they may be able to dodge serious repercussions for some time, alcoholism will eventually catch up to them. If the alcohol abuse continues long enough before an epiphany is reached, it could cause serious damage to the person’s health and to their relationships.

A high-functioning alcoholic may continue on their path for some time, but alcoholism will eventually catch up to them. Over time, tasks will become harder to complete, responsibilities will not be met, and an increasing number of things begin to slip through the cracks. While they may still be functioning to a degree, they may not be functioning as well as they could without the influence of alcohol.

Functional alcoholism can be difficult to seek help for often because of perception. Making treatment and assessments more acceptable and destigmatizing addiction can help many high-functioning alcoholics let down their guard and ask for help. As it stands now, treatment often comes about because of circumstances that force them to make a decision regarding their future. External pressure when things get out of control can force them to accept treatment. While receiving late treatment is better than no treatment at all, identifying high-functioning alcoholism and intervening earlier can help curb the damage it causes before it is too late.

If you or someone you know is struggling with substance abuse or addiction, we are here to help. Give us a call at 888.855.6877 or send us a message below and one of our admissions counselors will do their best to get you the help you need.
Send Us a Message
References
https://www.everydayhealth.com/sanjay-gupta/are-you-a-functional-alcoholic/
https://www.healthline.com/health/can-you-function-alcoholic#symptoms
psychologytoday.com/us/blog/the-high-functioning-alcoholic/200901/why-high-functioning-alcoholics-need-help